So many candidates-MWPAC will have TWO Endorsement Nights!!!

This cycle, we have an abundance of candidates running for local offices, plus our State Assembly. MWPAC will host two nights-9/14/22 and 9/21/22 at San Rafael Council Chambers in City Hall at 1400 Fifth Ave.in San Rafael.

On the 14th, there will be a reception at Yet Wah (1238 4th Street, San Rafael) from 5:00PM until 6:15PM. This is an opportunity for members and candidates to meet prior to the endorsement process. Cost is $20.00, Candidates do not need to pay.

Note: Members need to have paid their dues by 8/15/22 in order to be eligible to vote.

Come and support your favorite candidate!!!!

The endorsement process will begin at 6:30PM. Ballots will be available in the lobby at 6:00PM.

Below is a list of the offices that will be considered:

The purpose of the Marin Women’s Political Action Committee is to increase women’s participation in the political process and to identify, recruit, train and support pro-choice candidates for election and appointment to public office. While in pursuit of this goal, MWPAC will strive to win equality for all women: to ensure reproductive freedom; to achieve quality care for dependents; and to eradicate sexism, racism, anti-Semitism, ageism, violence, poverty, and discrimination on the basis of disability, religion or sexual orientation.

Membership in the MWPAC is open to anyone, without regard to ethnicity, sex, national origin, age, economic status, or sexual orientation, who supports the purposes and goals of the organization.

Message from the President:
January 2022 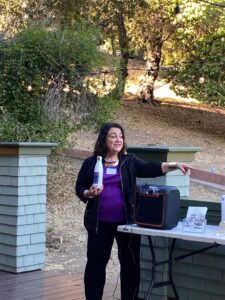 Thank you for your support and your interest in our organization. The Marin Women’s Political Action Committee (formerly the Marin Chapter of the National Women’s Political Caucus) was organized 2012 as a grassroots organization to recruit, train and support women running for political office. Those of us in California take great pride in the many progressive women representing us in the State and Federal political arena: The Honorable Nancy Pelosi, Kamala Harris, Dianne Feinstein, to name just a few.

However, to keep women and women’s issues in the forefront, we need to continue to bring competent candidates to all levels of the political process. MWPAC offers mentoring and formal coaching for anyone interested in taking that leap into the realm of elected public service. Many of our members are elected officials and can offer practical advice for the fledgling candidate.

For those women not interested in running for political office, we offer programs concerning local issues and a chance to meet and support your elected officials through forums, the endorsement process and our annual luncheon in March to honor women elected to public office.

I hope you will continue to check our web site for future events and, of course, your participation is always a welcome addition.

On July 10th 1971, 320 women from all over the U.S. met in Washington D.C. to found (or, perhaps in this case I should say, give birth) to the National Women’s Political Caucus. Democrat Bella Abzug and Republican Virginia Allen were co-chairs. Some of the more illustrious early organizers were Shirley Chisholm, Betty Friedan and Gloria Steinem. NWPC’s primary mission was to identify, recruit, train and support women candidates for local, state and federal legislatures, state and federal judgeships, lobbyists, campaign organizers and delegates to national conventions. To give you a sense of the times, in 1971 there was one female senator (Margaret Chase Smith, R-Maine) 15 female members of the US Congress and only 7 female mayors in all of the US.

The Marin County chapter of NWPC was founded in 1972. Barbara Boxer, Beverley Savitt, Jeanne Wasp and Dora Knell were original organizers and Barbara Heller, Carole Dillon-Knutson, Sue Severin, Joan Thayer and Joan Lisetor some of our most active early members.

From its inception NWPC insisted on a policy of “women only” endorsements. In 1996 the Marin Independent Journal took us on for that practice and we began to think seriously of “recommending” men when no qualified woman was in the race or if there were more open seats than qualified women candidates. We decided to implement this policy and continued to do so until 2010, when NWPC specifically stated in their revised by-laws, that men could not be “recommended” or in any way included in the endorsement process.

Several chapters that had been “recommending” men withdrew from NWPC over this issue. Marin County followed suit and, in that year, under the leadership of then President Barbara Matas, we became Marin Women’s Political Action Committee. To the delight of members, now that National wasn’t taking most of our dues money, we were able to lower our yearly dues. We were also able to expand our activities and meet with other women’s political groups all over the Bay Area. Today, we have a healthy, growing organization of dedicated and informed women carrying on the original mission in a more open and inclusive way. 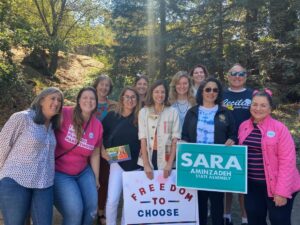 Openings on County Boards and Commissions

Do you want to participate in your community and make a difference?
Do you think you might someday want to run for elected office someday,
but need a place to start? What can you do?

Check out the Openings on Marin County Boards and Commissions.

The Marin County Board of Supervisors (BOS) has established advisory boards,
committees and commissions to which it appoints Marin residents to serve,
mostly on a volunteer basis. The BOS needs innovative and enthusiastic volunteers
who support and serve the constituents of Marin.

To participate, please take a look at the Current Openings page and consider volunteering for one of the open positions.